HomeBlogLed LightingSimple ways to increase the lifespan of LED lights

Posted on in
Led Lighting

Simple ways to increase the lifespan of LED lights

What is an LED?

A light-emitting diode (LED) is a semiconductor device that generates light when an electric current is conducted through it in its most basic form. When the current-carrying particles (known as electrons and holes) collide within the semiconductor material, light is created. LEDs are solid-state devices because the light is created within the solid semiconductor material. The name “solid-state lighting,” which includes organic LEDs (OLEDs), separates this type of lighting from others that employ heated filaments (incandescent and tungsten halogen lamps) or gas discharge (fluorescent lamps).

In all sectors of illumination, LED lights are a popular choice. The biggest advantage that LED lights to have over incandescent lights is their long lifespan. A standard LED light may last up to 50,000 hours, or 10 years of continuous operation. When compared to the lifespan of a regular incandescent light bulb, this is a significant amount of time (1,000 hours). You may also increase the life of an LED bulb by following the helpful hints we’ve provided.

Factors that affect the lifespan of LED

Let’s start with an overview of the aspects that influence how long your LED lights will last:

LED lights, like other electrical products, require a consistent power source to operate correctly. To optimise LED light power output and life expectancy, the voltage must be managed and regulated. If the power in your location fluctuates frequently, you can be certain that your LED lighting system will not survive long.

The temperature of your LED light’s environment has an impact on its longevity as well. Outdoor lights, such as garden lights, are subjected to extreme heat and humidity. Its lifetime is shortened as a result of this. Enclosed light fixtures, likewise, have a greater ambient temperature. There should be adequate space for the heat generated by LED lights to be easily drained, or the internal circuitry of the LED light may get overheated and destroyed prematurely.

Capacitors store energy that is later utilised by the LED light to illuminate the room. If used routinely, plastic capacitors can last up to a year. Their lifetime might be shortened if the ambient temperature is too high. Ceramic capacitors are now often used because they are more resistant to temperature and voltage variations.

The temperature of the Bulb Case and Heat Sink

How to Extend the Life of an LED Light

LED lights offer a longer lifespan than standard light bulbs, but they must be utilised correctly to get the most out of them. Users frequently overlook the fact that LED lights, like any other type of lighting, require adequate care and maintenance. Leaving the bulbs on for lengthy periods of time, putting them in a confined, congested environment, or failing to regulate the voltage input will drastically limit the lifespan of LED lights, forcing you to replace them sooner.

Here are some LED lighting dos and don’ts:

LED Lights’ Duration of Use Can Be Controlled

As a result, utilise LED lights for shorter periods of time, mostly when you want focused, strong light. When their use is no longer required, turn them off.

Allow plenty of time for the lights to cool down

As previously stated, ambient temperature and bulb case temperature are critical factors affecting the longevity of an LED light. Just because these bulbs produce less heat than incandescent bulbs doesn’t mean they don’t need to be cooled. Allowing these bulbs to cool down will actually extend their life and retain their lighting capacity for a long time.

As a result, install these bulbs in a cool, dry environment with adequate room for the heat generated to evaporate. Allow enough time for them to cool off before turning them back on.

LED lights should not be turned on and off quickly.

Even though we all know this is a no-brainer, it’s worth repeating. Rapidly turning on and off any light bulb might be harmful to its age. This is also true in the case of LED lights. Not only must the construction survive voltage fluctuations, but it also does not have time to recover before the next usage. As a result, their brightness dims and their lifespan shortens.

LED lighting is expensive to install, despite the fact that it is energy-efficient and long-lasting. Take excellent care of your LED lights to get the most out of your investment.

Albirco has been a leading supplier of Gloware LED lights. We supply and distribute residential and commercial LED lights to African, Asian, and Middle Eastern countries. We take pleasure in having extremely knowledgeable sales representatives that are able to give highly individualised customer care to their customers. Visit our store or Contact us for any product inquiry. 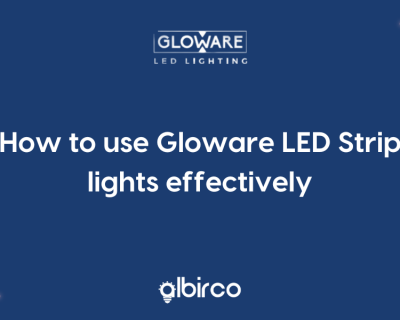 Since their inception, LED strips have grown in popularity and become a very convenient yet practical [...]
Read more 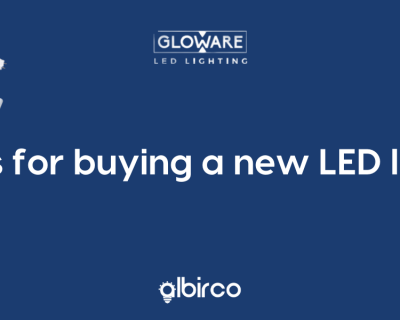 5 mistakes to avoid while switching to Gloware LED lights

LED lighting has become a popular option as a lighting solution in recent years, thanks to its [...]
Read more 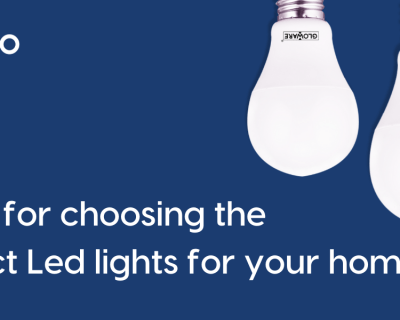 The summer season has finally arrived! Warm sunshine and humidity make it tough to survive without [...]
Read more 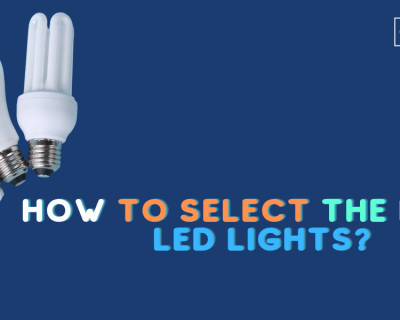 How to choose the right LED colors for your home & office

Colors have more of an impact on our life than one might think. They have the ability to influence [...]
Read more

We use cookies on our website to give you the most relevant experience by remembering your preferences and repeat visits. By clicking “Accept All”, you consent to the use of ALL the cookies. However, you may visit "Cookie Settings" to provide a controlled consent.
Cookie SettingsAccept All
Manage consent